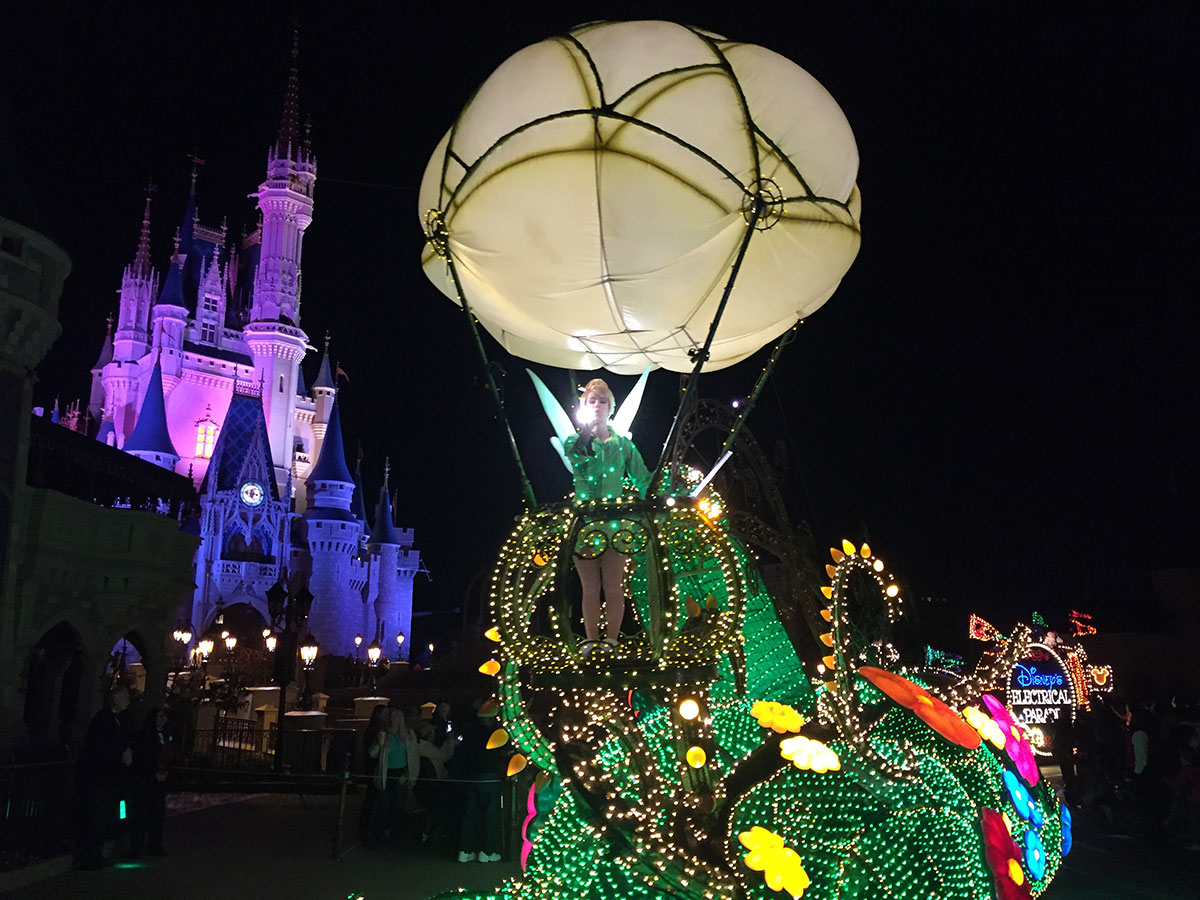 It’s known as “The Most Magical Place on Earth” and is arguably one of the most popular tourist attractions in the world, and yet believe it or not … some people don’t have a magical time when they go to Disney World on vacation.

I know because personally I go there a lot and, well frankly – these cranky tourists are kind of hard to miss!

They’re the folks who are shocked to discover that Florida gets really hot during the summer, and that they’re going to have to wait in lines at a theme park…

They’re the same people who bump into you without saying sorry because they’ve been in a bad mood since they arrived in Orlando, and sure, let’s be fair – some of them are just jerks, but some of them aren’t and for those people, I would almost guarantee that they could have a much better vacation if they just came to terms with a few simple facts before their trip:

If I had to guess, I’d wager that 2/3rds of the frustration people have about visiting Disney World is around how expensive it is … because make no mistake, it is expensive – particularly if you’re not one to frequent other theme parks and try to compare everything like food or admission to smaller localized places like parks or fast food joints.

A burger will cost you more at Walt Disney World than it will at McDonald’s.

Possibly as much as double if you compare, say, a bacon cheeseburger from Tomorrowland at the Magic Kingdom with a Quarter Pounder with Cheese meal from the golden arches. This adds up quickly if you’ve got a family of four, and even more so once you start looking at some of the fancier Disney World restaurants that offer things like character meet and greets during your meal at the Crystal Palace at the Magic Kingdom and unique views like into the giant aquarium in The Seas pavilion at the Coral Reef Restaurant at Epcot.

It’s really important to get a handle on what you can expect to spend before your visit because Disney has enough options for all price points to let you spend as much as you can afford, and then some!

You could splurge on signature dining experiences that will have you dining with the princesses at Cinderella’s Royal Table inside the castle at the Magic Kingdom or donning your evening wear to watch the fireworks show from the California Grill at the top of Disney’s Contemporary Resort, or you could cruise menus online in advance for the most economical counter service restaurants, even supplementing with packing in bologna sandwiches or eating outside of the park ahead of time to save some money.

The same goes for hotels and souvenirs, too.

Anyone who’s already been to Walt Disney World can vouch that you can buy just about anything with Mickey Mouse’s face plastered on it, and Disney’s shareholders – myself included! – would certainly appreciate it if you did, but you don’t have to. Some guests limit themselves to one or two special gifts to take home, and some even opt to hail a taxi to the nearby outlet malls where you can find some surprising deals on the exact same merchandise sold in the parks.

Even the hotels offer a variety of options limited only by your wallet – stay in a snazzy, Polynesian villa on the shores of the Seven Seas Lagoon looking across the water at Cinderella Castle or opt for one of Disney’s value resorts that provide a basic place to sleep, a few pools to splash around in, and still offer dedicated bus service to all of the theme parks. Or you can save even more money by staying at a hotel off-site altogether and renting a car for your daily commute to the magic.

Planning out your budget in advance still won’t make your trip to Disney World cheaper than a day at the local zoo, but it can make a big difference between enjoying your vacation and having a panic attack every time that you swipe your credit card…

The other thing that people tend to get overwhelmed with at Walt Disney World is in dealing with crowds and trying to figure out the best way to manage their time … because they did just spend a lot of money on this magical, once-in-a-lifetime vacation and they want to ensure that they make the most of their time in Mickey’s kingdom.

That’s fine, and completely understandable, but what’s not fine is ruining other people’s vacations because you’re so focused on your own good time that kindness and courtesy towards others become a sad casualty of the trip!

Luckily, a big part of this is really simple because it’s just a matter of following the golden rule like we teach our kids in elementary school…

Of course, all of the planning in the world can’t make up for the fact that Florida will also be busy and hot!

If your calendar is flexible, it pays to visit during the less busy times of the year – holidays are generally more popular vacation times, with Christmas, Easter/spring break, and summer vacation being the busiest … and you’ll also pay a premium for hotel reservations and park tickets during those times of year, too!

Summertime is obviously also the hottest time of the year in Florida, so if you’re lucky enough to not have school schedules to work around, either early spring or fall can often times be your best times of the year to visit in terms of crowds, heat, and money.

Regardless of what time of the year you visit, a good plan for what to do and when can be a huge help, whether you download a touring plan that will literally tell you which order to go on attractions throughout your entire vacation to minimize wait times or even just keep an eye on the My Disney Experience app for your phone which tells you the latest wait times at every attraction throughout Walt Disney World.

And for my lazy brothers and sisters who love to sleep in, it would be remiss of me not to admit that … regrettably … it IS the early bird that catches the worm, with the worm being the shortest wait times for attractions, at Disney World.

Seriously, I hate getting up early – much less on vacation – but you can get more done in the first hours when the parks open than you will the rest of the day … just something to think about!

The thing is, at the end of the day – Disney World is a happy place.

Disney World is MY happy place!

…and for as much time as I spend there with my own family, I just hate seeing other people not having a great time and enjoying everything that Disney has to offer for themselves.

Still, I very much understand that not unlike political issues or getting a group of people to agree on pizza toppings, planning a Disney vacation can be complicated, and unlike other vacations where you might just show up and go from there, it really does pay to have a sense of what to expect if you want to make the most of a trip to the most magical place on Earth…

For people who like to plan and don’t mind diving in to do a little research, there are a ridiculous number of places online to go for anything you could possibly want to know about vacationing at Disney World! Some of my favorites include…

And if you’re looking for something you can carry around and read on the subway, The Unofficial Guide to Walt Disney World is pretty much the bible of unbiased reviews on literally every single aspect of your Disney World vacation imaginable.

If you don’t want to do all of that planning but still want to have a great vacation, consider talking to a travel agent – Disney has a list of authorized vacation planners who all go through extensive training to be able to answer questions and help prepare guests for their vacations, and they get paid by commission through Disney, so it doesn’t cost you an extra dime to use their services.

Either way, I sincerely believe that Walt Disney World is one of the best vacation destinations to be found because over the years, they’ve gotten so so much of my money! Not to mention I took my wife on our second date there, a year later I proposed to her in front of Epcot, and all three of our kids made their first trips to the Magic Kingdom barely after they’d just gotten home from the hospital…

It’s an awesome place, and you should do the homework to make sure that you have an awesome vacation when you’re there, too!

…not to mention, I’m there all of the time and nobody likes being surrounded by a bunch of grumpy tourists who are having a bad time… 😉 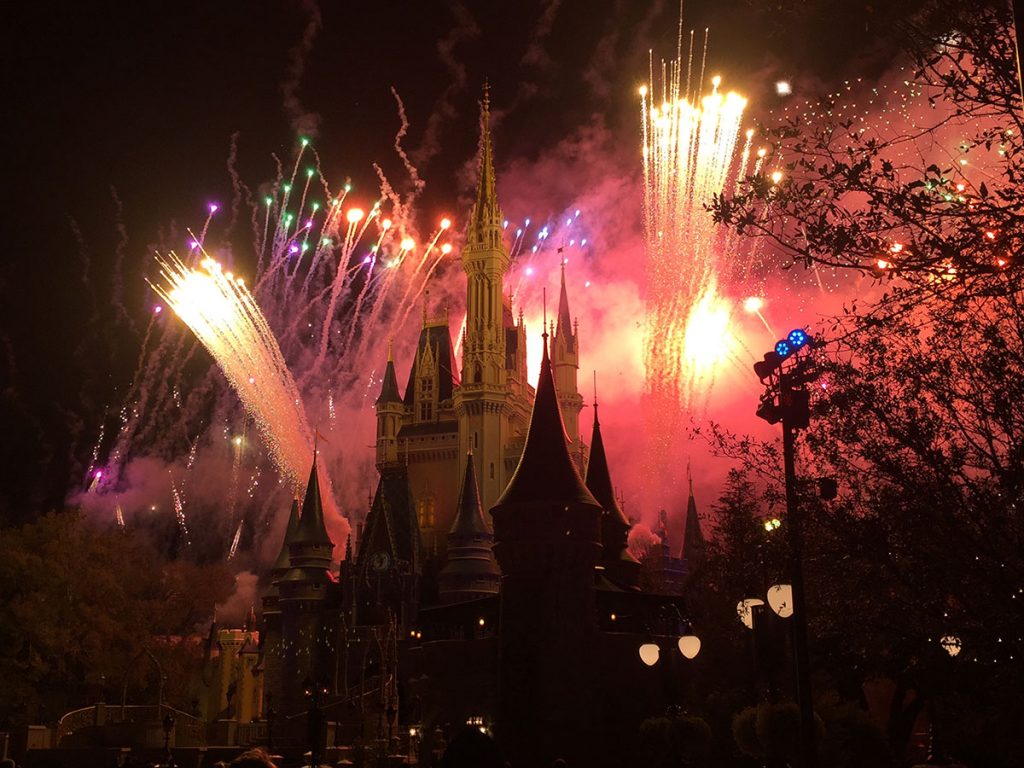