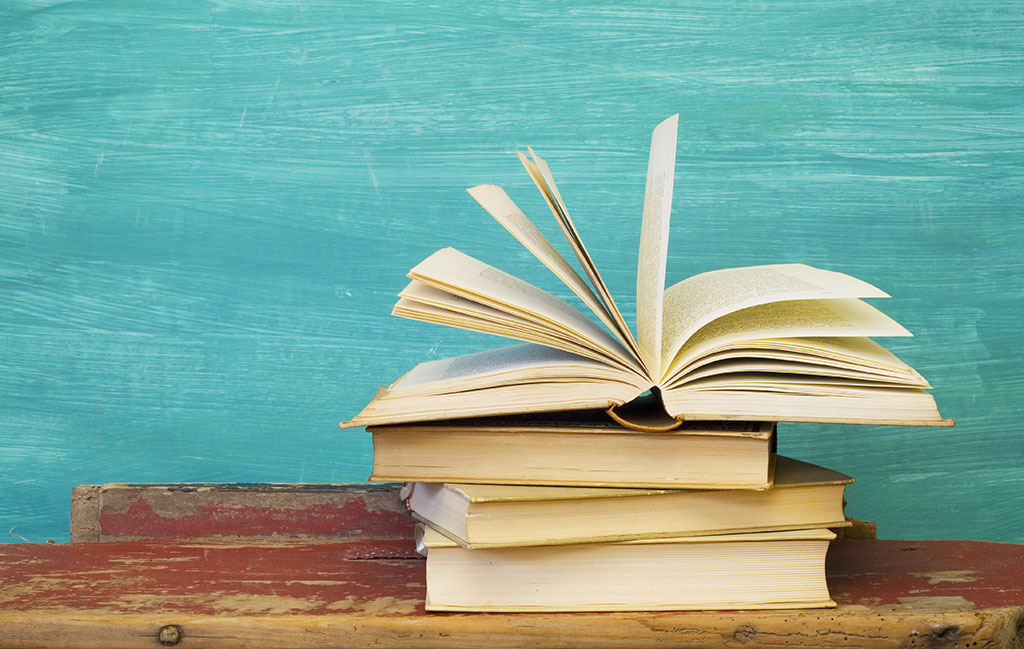 If you want to be a writer, you must do two things above all others: read a lot and write a lot.
– Stephen King

The excuse was simple – I was too busy writing to be reading – despite the piles and piles of books that I wanted to be reading. I kept a stack of them on my nightstand just in case I randomly felt the urge to pick one up before bed, but honestly by the time I’d already stayed up into the wee hours of the night writing, the last thing I had time to do was open a book before finally going to bed way past my bedtime!

And it’s weird because growing up I was always a voracious reader. I read The Lord of the Rings for the first time when I was in the fourth grade, during a time when I pretty much carried a book everywhere I went and even earned an award for reading 100 books throughout the course of the school year!

Yet as an adult, it’s always been a struggle of time and aside from when the Harry Potter books were coming out, it was just hard for me to justify the time to sit around reading when I had a million other things that I also should’ve been doing. Of course, the Harry Potter series was special because somehow J.K. Rowling managed to craft the perfect blend of whimsy and excitement that grabbed hold of readers both young and old – truly a writer’s biggest dream to spark that level of passion in their readers’ hearts.

Not every book makes you want to stay up all night to find out what happens next, but when you find one that does, it reminds you what’s to truly love about reading. 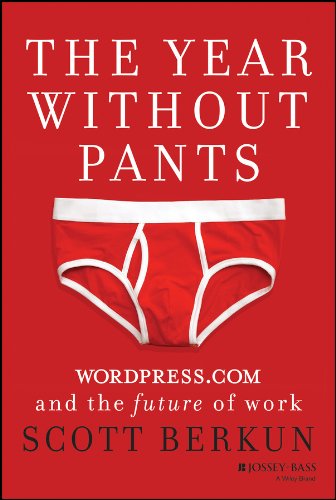 So two weeks ago to this day I discovered a book that was everything that I’d missed about reading. It was called The Year Without Pants: WordPress.com and the Future of Work, and in it the author shared his stories about working for a company that looks at work completely different than almost every other company on earth…

This was a timely read for me because the company where I work has been really trying to “fix its company culture” – something that’s often a difficult challenge, and yet reading about Automattic (the company behind WordPress.com featured in this book), their incredible culture just seems to be second nature because they’ve built their business on the idea of empowering their employees and then trusting them to do what they’ve been hired to do … without all of the politics and bureaucracy that typically bog down other companies.

The entire company works remotely, from more than 50 countries around the world, and yet transparency and communication are second to none because they’ve specifically eliminated things like email and conference calls in favor of internal blogs and text chats that can be reviewed later by anyone else in the company at any time.

They’ve chosen to focus on what their employees do instead of how they do it or where they do it from, and it’s clearly working because this is a company with less than 1,000 employees that powers almost 30% of the web!

Just for comparison, Google employs about 75,000 people in 70 offices around the world…

I ended up reading the entire book – all 277 pages from one digital cover to the other – in about 10 days because I was just so enthralled by the tale. It was a refreshing, exciting workplace that had me wanting to work there myself a little more with every chapter that I read … and not just because in place of traditional offices, their teams hold company-paid meet-ups in places like Greece and Hawaii!

I think what was most interesting, though, is that after I finished reading The Year Without Pants, almost immediately I wanted to pick up another book on my neglected reading list and keep right on going!

The story had been captivating and kept me eager to turn the next page, but that excitement also helped to remind me what reading could be when you’ve got the right book in your hands. Much like anything else, not every book is going to be perfect but finding those stories that keep you on the edge of your seat is what reading is all about, whether you’re following the tale of four little hobbits on a quest to destroy the most powerful weapon ever created or learning about ways that a business has distanced itself from the status quo by redefining the meaning of work.

As for finding the time to read, it’s funny how that passion led me to reclaim a few minutes here and there that I didn’t even realize I had – a few chapters read instead of scrolling through social media feeds, some time after the kids went to bed instead of vegging out in front of the TV, and even some reading before I went to bed and before I got up in the morning to start my day.

It was nice to get back to my roots, so to speak, and try on the hat of the reader again for a change, and it’s something that I hope I can continue with new books and even more inspiring tales tomorrow and next week and beyond.