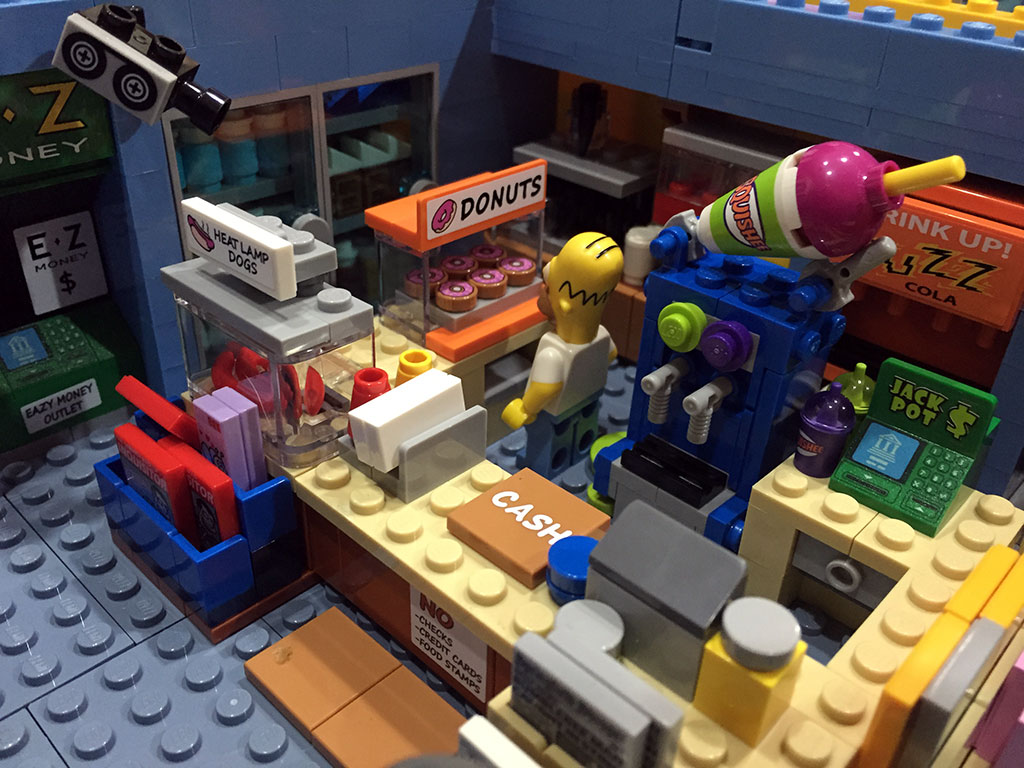 Like most children of the ‘80s, I grew up playing with Legos.

The walls of my bedroom were lined with castles and spaceships and a monorail and a pirate ship – it was a pretty neat sight, and yet I think if you were to tell 10 year-old me that 37 year-old me would have an even bigger Lego collection as an adult, he probably wouldn’t know what to do with himself!

Of course, he still has to share them – this time with kids of his own – but truth be told, being able to share something with your kids that’s been a lifelong passion of yours is actually pretty cool, too. 😉

As an adult, I think one of the things that I appreciate the most about Legos is simply how they’re a toy that can really be so many different things to different people…

For me, Legos can be a big stress relief … that is, when I’m not stepping on the ones that my kids have left scattered across the carpet like razor-sharp landmines, mind you!

There’s something about the precise and ordered organization of opening a new Lego set and spreading out across a clean surface that’s comforting when I’ve had the kind of day that juggling a family and multiple jobs can produce. It sounds a little strange, but building a Lego set means that I can still be creative … but I don’t really have to think about it while I’m doing it. I just have to search for one piece to put into place, then another, and so on.

Being able to unwind and do that for an hour or two, and still have this finished, three-dimensional product of my efforts in my hands afterwards is sublimely satisfying – possibly because there will be times when I’m really struggling with something that I want to write and hours later be faced with absolutely nothing but a blank screen for my efforts!

It’s really been fun watching my oldest son Christopher developing his own fondness for Legos because it’s shown me an artistic and creative side of him that doesn’t necessarily surface with other types of play.

He started playing with a combination of Duplos and pretty much any of my own Lego sets that were on the lowest shelves in our playroom – the ones that I didn’t realize he was starting to get tall enough to reach! – but as the pile of sets that he was allowed to play with grew and grew, I would start to find him mixing the different parts together where you’d have Superman’s head on the body of an Uruk-hai from the Lord of the Rings or Buzz Lightyear riding shotgun in a train with an alien queen!

Admittedly it’s been a little weird, but creativity is weird like that sometimes. 😉

I knew he was hooked when one day I put on The Lego Movie for him and about a half hour in I looked over to find him laying on the floor, playing with one of his trains while he watched Emmet save the day as the boy in the film played around the streets of his Dad’s “forbidden” Lego constructions!

Fans of the movie will appreciate that turning moment when the Dad finally begins to let go and concedes to give his son permission to play in his toy room … it wasn’t quite as bad for me as it was in the movie, but I certainly did my share of cringing leading up to that point as Will Ferrell’s character utters lines like, “Those ages on the boxes are just suggestions – they have to put that on there…” and my personal favorite…

People do so many amazing things with Legos.

Even before The Lego Movie, filmmakers have used Legos to create stop-motion animation scenes that are pretty incredible…

And then you have people like me, who admittedly don’t get nearly as much time to play with toys these days as they’d like, but can also still enjoy this little piece of their childhood through collecting Lego Minifigures…

If you’re lucky, you could even create something that’s so cool that Lego decides to take it on and manufacture it so that other fans can buy it for themselves!

There aren’t many other toys from my own childhood that not only are my kids interested in themselves, but that I can honestly say that 20 – 30 years from now, their own kids might very well have a blast playing with, too!

I’m a firm believer that our creativity is one of the many parts of our lives that we should never stop exercising, and Legos open up so many great doors to get our minds working and thinking and exploring, it’s hard not to love these iconic, interlocking plastic bricks.