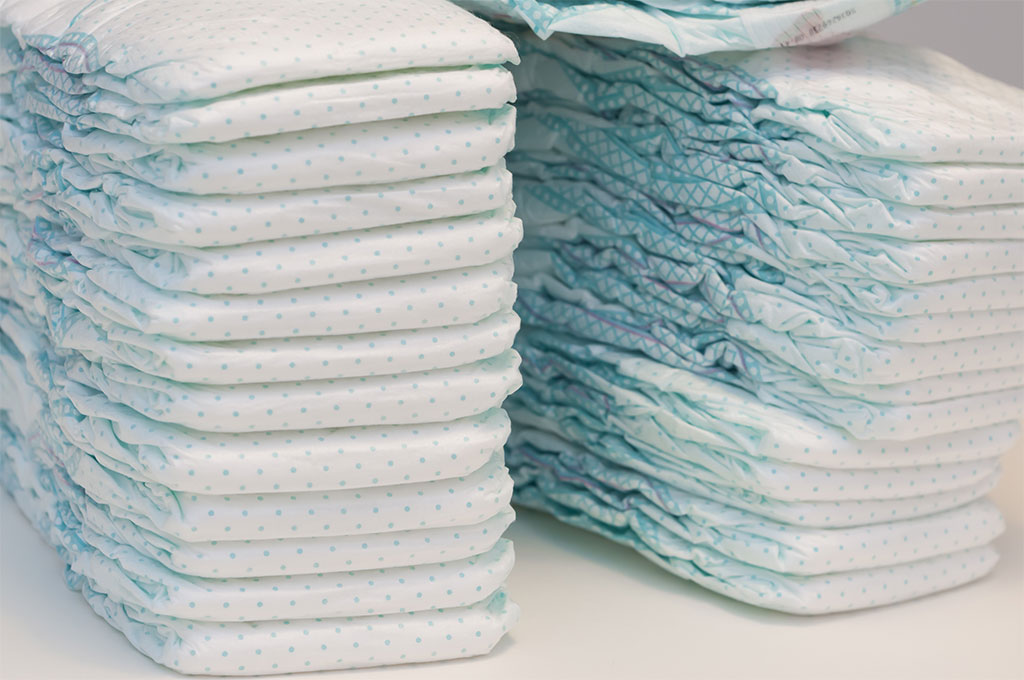 There are some things that parenting classes just can’t prepare you for:

Of course, swaddling is next to impossible if you were lucky enough to be born with a Y-chromosome and I’ve still got about fifteen years to go on that whole sleeping goal, so instead let’s talk about changing diapers!

Now it’s a true fact that the first diaper anyone changes for their newborn is likely to induce thoughts of deep regret for ever bringing such a foul-smelling beast into this world in the first place, but if there’s one thing that I’ve picked up about covering little baby butts over the past couple of years, it’s that:

There will always be a dirtier diaper than the one you’re changing now!!!

If the diaper you’re changing makes you lean back in utter disgust, the next one will make your eyes water.

If the diaper you’re changing is less diaper and more just a satchel filled to the brim with liquified poo, the next one will exceed the recommended load capacity altogether.

If the diaper you’re changing ends up all over the walls, and the ceiling, and the dog, and leaves you just wanting to curl up into a ball in the corner and dream wistfully of your college years when frankly you did far more disgusting things, just not like this…

…well, you get the idea.

I, myself, have most certainly been there, wiped that, got the t-shirt and then immediately threw it in the washing machine because it somehow got poop on it, too, and so as a public service to my fellow man – or really anyone who might find themselves tasked with one of the most horrific jobs on the planet – I present to you my instructions for changing a dirty diaper and living to tell the tale…

Step 1 – A Poop Scout is Always Prepared
Don’t wait until you’ve got that sucker cracked open and you’re looking down the barrel of a baby with an itchy trigger finger! Have the clean diaper ready, have multiple wipes ready, and while you’re at it, take a minute to give yourself a hearty pep talk. You’re going to need all of the confidence you can muster…

Step 2 – Tell That Baby Who’s Boss
Chances are at this point your child will be in one of two modes – crying incessantly or laughing hysterically. The crying one is completely normal and has about a 56% chance of dissipating once you wipe all of that poo out of his crotch, but if your baby instead is laughing??? Be forewarned – the laughing babies are the ones that end up peeing in your face…

Step 3 – Cautiously and Carefully Open the Flaps
Not too swift or some might splash out at ya, but not too slow either because once that stuff latches onto a whiff of fresh air, the smell is going to come at you like a chemical weapon. You’ve really got to be like a bomb technician – steadfast, confident, and preferably wearing a hazmat suit.

Step 4 – WIPE AND GO! WIPE AND GO!
Once you’re in the belly of the beast, there’s no time for dilly-dallying, and don’t worry – you’ll have plenty of time to be bewildered about how your little angel could produce something like that when it’s haunting you later in your dreams. For now, though, your hand is a shovel, that wipe is its protection, and your one and only goal is to restore that baby’s butt to its original, non-poop-covered shade as quickly as possible so that you can toss that diaper back into the abyss where it belongs!

Step 5 – Cork It
So you’ve got a (relatively) clean butt and a diaper filled with poop – what now?! I know your first instinct will be to wrap that package up and send it out to sea, but as they say … you don’t start bailing out the boat until you first plug the leak. Because no matter how sour your mood is already about this fandango, I promise you it will get 100x worse if you suddenly find yourself on the receiving end of Doo Doo, Part Two. Carefully set that full monstrosity off to the side and slap a clean one on your kid before giving it another thought – you’ll thank me later…

Step 6 – Bye Bye, Poo Poo
The time has finally come to bid ado to your newly sworn stinky enemy, so with the delicate touch of a balloon animal artist, carefully wrap that bastion of hell stench into the tightest ball possible and secure it firmly before depositing its black heart into the Diaper Genie or other nuclear-powered containment facility of your choosing. It’s over now.

…until that little crap master fills up another diaper like you’ve been feeding him bran muffins and Ex-Lax-laced breastmilk!

Because for the foreseeable future, there will always be another dirty diaper and although not every diaper is destined to be nastier and even more stomach-turning than the last, you must never grow complacent or fall into the mindset that the worst diaper is finally behind you … for there can always be a dirtier diaper and only fate knows when you will again be burdened with its disgusting responsibility.