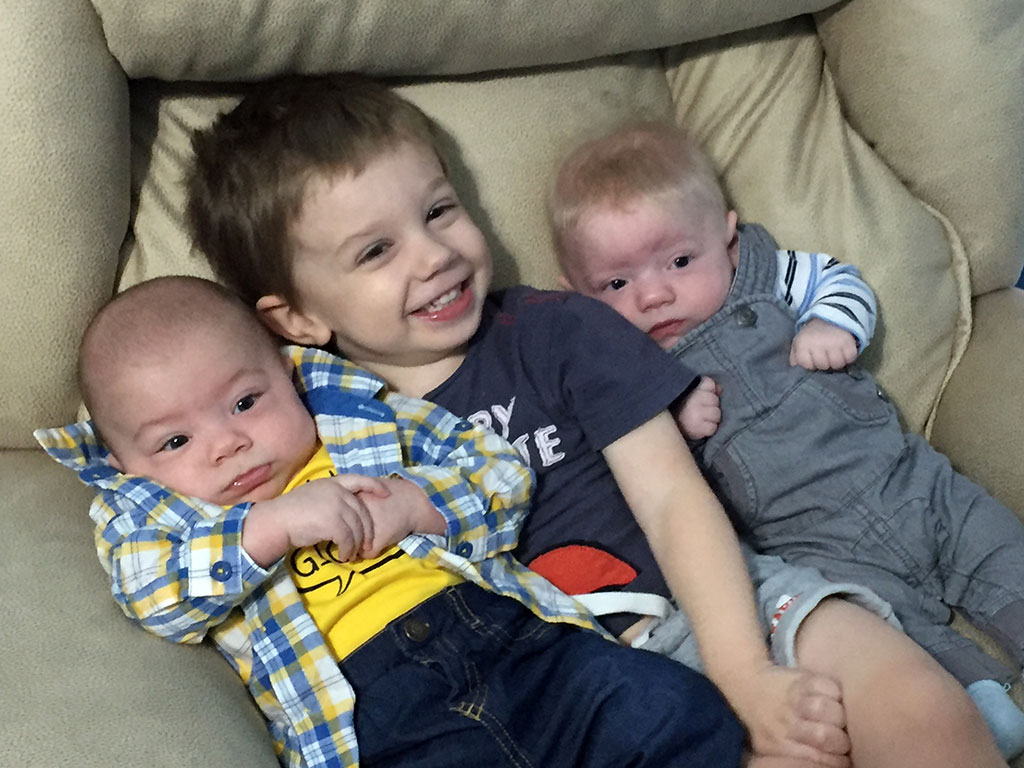 I have three sons – a three year-old toddler who’s quickly become quite the handful and two one year-olds who are right at the cusp of learning how to walk.

Some of them are fun, like building with Legos, and using their imaginations, and learning how to count and read.

Some are not as much fun, like potty-training and learning to play with their brothers without pushing each other down or throwing their toys across the room.

Along the way, no doubt we’ll also explore things like kindness when we hold doors for other people and compassion when we see those who look like they could use a hand. I want to teach them about the importance of being honest when a cashier forgets to ring something up as well as just being friendly when a random stranger says hello or holds the door in turn for us.

I think one of the most important things I can teach my sons, though, is about respect.

The other day the New York Times ran an article that interviewed the mothers of four boys who had been accused of sexual assault in college. This is a very hot-button topic right now between Secretary of Education Betsy DeVos rescinding Obama-era guidelines about campus handling of sexual assault cases as well as the millions of women showing unity on social media with the #MeToo hashtag after widespread accounts of Hollywood executive Harvey Weinstein’s career-long history of sexual harassment finally hit its boiling point.

Of the many disturbing perspectives shared in that article, the one that troubled me the most was this quote by one of the mothers – “We don’t really need to teach our sons not to rape.”

This is clearly not the case because if such a seemingly obvious realization were actually true, we wouldn’t see over 300,000 victims of rape and sexual assault here in America alone each year.

Statistics show that 1 out of every 6 women is a victim of sexual assault in her lifetime – a number even I would’ve had a hard time imagining until my news feed on Facebook filled up with countless #MeToo posts last week showing dozens of my own friends and family who’ve experienced sexual assault themselves.

If it’s my job as a father to prepare my sons for the world, teaching them to respect women seems like a given.

And as much as the excuses make my blood boil even as I write this, they serve as points worth noting for the values that men in this modern day should be held to…

It leaves me dumbfounded and speechless to hear how much of this type of deplorable behavior still goes on today – in 2017 – everywhere from workplaces to college campuses to right at home, in places where women should feel safe and secure surrounded by their friends, family, peers, and even just their common man.

We need to do a lot better, and part of how I can contribute as a father is by raising my three boys into men who live up to the term.

I expect my sons to treat every woman that they meet with the kindness and courtesy and respect that they grant to their own mother, and aunts, and grandmothers.

I expect them to care about the things that women don’t say just as much as the things that they do, and to both understand and respect boundaries even when they’re not what they would’ve hoped them to be.

I expect them to be advocates for these same values and to speak out when they see something that isn’t right – to be a man that a woman can count on if she ever feels threatened by another.

And I expect them to be just as absolutely infuriated as their father is to hear about people making excuses for sexual assault because that’s not how we treat other people. Ever.

My sons are still very young, and so we’ve got a lot of years ahead of ourselves to learn these things, but this is something that will always be on my mind as a father – because it has to be – as long as women in my own life, and even those who I’m likely to never meet, are being taken advantage of by people who sully the name of real, genuine men.

When I was in elementary school, every single day when he had finished reading the morning announcements, Principal O’Brien would remind us about The Golden Rule – “Treat others the way that you want to be treated.”

It still sounds like a pretty good foundation to me – let’s start with that.