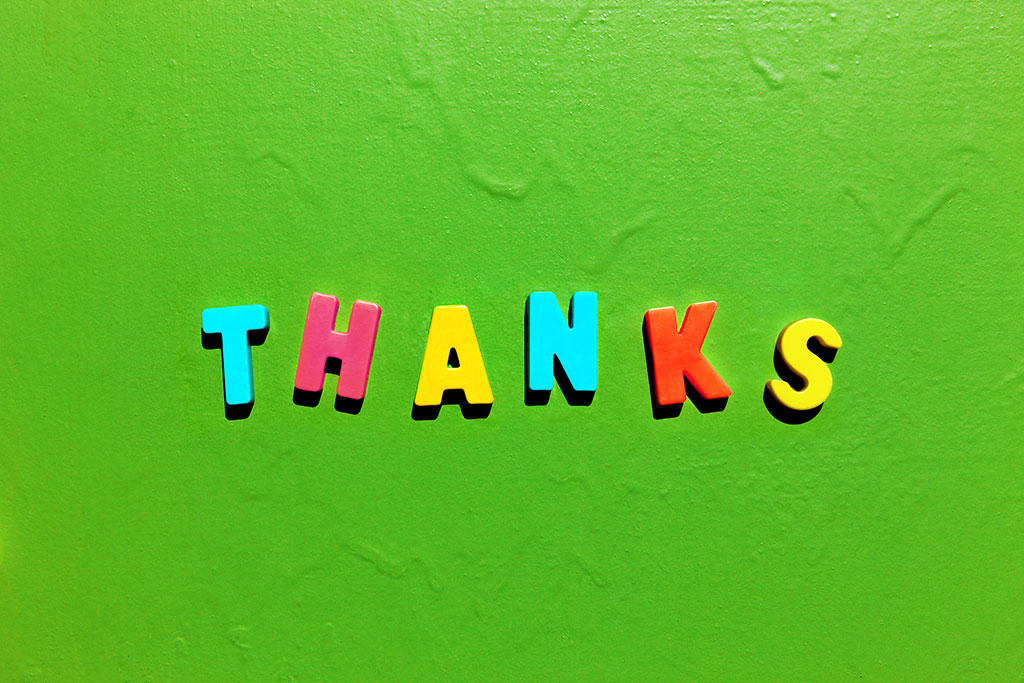 Kids are like sponges, and even though it may seem like they’re always soaking up all of the worst possible examples that you could set for them, it’s nice to know that every now and then they’re also picking up some of the good stuff, too…

The first time I really noticed it, I was going through a drive-thru with my oldest son in the backseat. I had just been handed my food and gave the cashier a simple “Thank you…” – honestly something that at this point is just a reflex, but before I could pull away from the window, I heard Christopher parrot, “Thank you!” and as amusing as it was at the time, looking back it was also one of those moments that made me a really proud parent.

Now that I’m aware of it, I see it all of the time yet it never fails to disappoint – we could be checking out at the grocery store or somebody holds a door for us, and he never misses a beat when it’s time to show our appreciation for another person’s help. And I think that’s important because it feels good to know when somebody is grateful for the things you do in life – even when they’re little things that are part of your job, so other people have come to just expect them.

Common courtesy goes a long way with me, so it’s something that I’m excited to pass on to my kids to show, too.

Around the house, using please and thank you and you’re welcome has become just another building block as each of them learns how to speak in words and phrases and eventually full sentences, and it’s neat to even see them starting to speak kindly to each other when one wants a toy or a bite of the snack that another is enjoying.

Nowadays when Christopher asks for a cookie or maybe a toy car at the store, he almost always asks if he can get one for each of his two brothers as well, and even though sometimes I think he realizes that he’ll get to play with the extra toys, too, at least I can confirm that the cookies always manage to get back to David and Matthew instead of Christopher himself scarfing down all three of them like he was Cookie Monster in need of another lesson in sharing!

He’s even courteous in the bathroom because one of the tenets that we’ve been following as we work on potty training in our house is using plenty of positive reinforcement by saying, “Great job!!!” whenever he uses the toilet, so naturally when he walks in on one of his parents and asks what we’re doing, he’s quick to respond with, “Ok – great job, Deeda!”

When was the last time that you – as an adult – got complimented for going to the bathroom?!

As a parent, I’ve definitely found that sometimes it can be hard to tell if you’re “doing it right,” particularly when it seems like you spend all of your time just cleaning up messes and counting down the minutes until naptime, but when you can step back and observe that occasionally they are in fact picking up on the things that you say and do, and those examples that you believe in really are molding them into the types of people that you want them to be, then it helps to make all of the craziness a little easier to handle.

They’re becoming little people just like their Dad who giggle at fart noises and would stay up playing until 3am if you let them, but they also like to help others and are starting to value the importance of saying thanks when somebody else helps them.