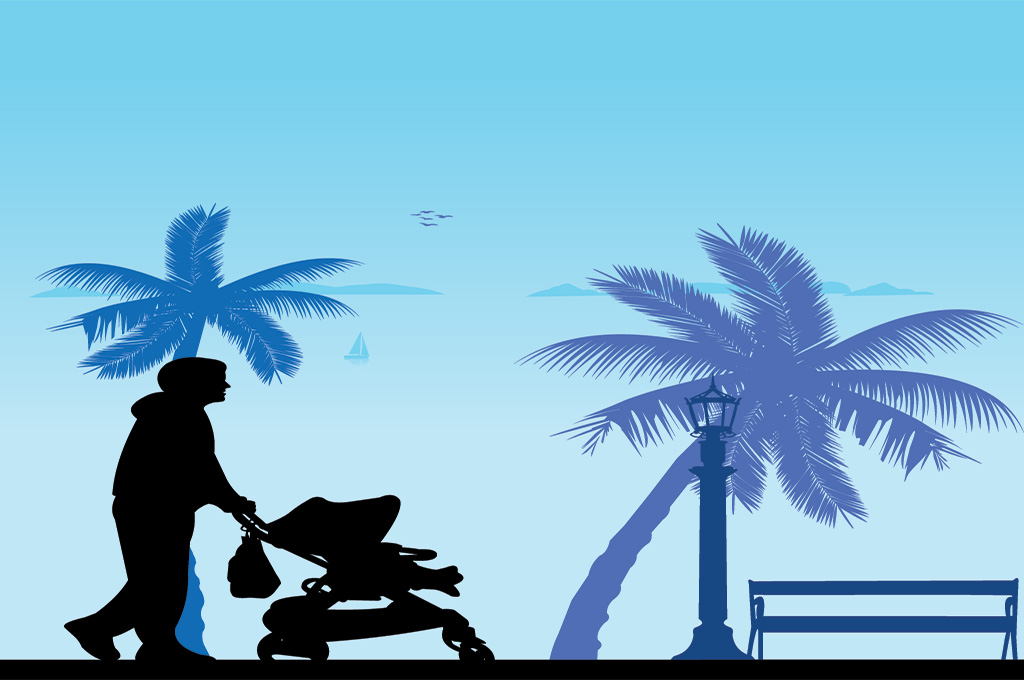 Sometimes I use my kids as an excuse to not have to deal with people.

Social anxiety is something that I’ve struggled with for pretty much all of my adult life, and admittedly it’s only gotten worse as I’ve grown older. It’s very situational, and often influenced by other stresses I’m currently dealing with, so there will be times when I’m ok one-on-one but getting the whole family together for dinner puts me on edge and others when I’m fine with a larger group, as long as I’m occasionally allowed to duck out and take a break or two on my own.

And in the last couple of years, I’ve found that my kids can be really great for helping me with those breaks…

With three toddlers, there’s always a diaper to be changed or a mood that needs some time away from the table to settle down, and surprisingly I’ve discovered that I can often kill two birds with one stone by volunteering to be the one who takes someone to the restroom or does a few laps walking around with the kid who refuses to sit still without feeling guilty about skipping away from the other adults.

It’s a unique bonding time where – in a way – we’re both working on releasing some tension through escapism.

Plus, I find that other people tend to interact with me differently when I’ve got at least one of the kids in tow. Small talk isn’t expected, and if they do try, it’s excused easily enough because my attention is clearly already focused elsewhere. People are also kinder, they’re more apt to hold doors, and can even a bit sympathetic in the event that said child is in the middle of a full fledged, kicking and screaming breakdown!

Little do they know that half the reason I’m out there is because I’m inching far too close to the edge myself.

In a strange way, pushing a stroller around or holding a little hand can kind of be like carrying a shield because it gives me permission to focus my attention on them instead of having to worry about interacting with the rest of the world around me. And sometimes I need that – when I feel like eight different things and/or people are all grabbing for my attention at once and I’m left just completely and utterly overwhelmed with not enough me to go around, it can be a relief to be able to say, “This little guy right here – he’s the one I’m concerned about right now!”

Which is ironic because a few years ago, and even now quite often, these same kids also serve as the source of many of my stresses! They’ve left me pulling my hair out plenty of times through late night bedtime resistances and oh so many potty training struggles, yet when the adult world makes me want to just curl up into a ball and cry, it’s pretty incredible how I can turn my attention to one of them and we can talk about trains and animals and cookies for a while to help me forget about whatever real world nonsense was overwhelming my head…

I wonder if it’s some kind of subconscious prioritization taking place where deep down I know that my social anxiety will subside … eventually … and so to help get us to that point, instead of having an uncomfortable breakdown, it’s like my brain says, “Why don’t you take five and go change the kid’s diaper? You’ll feel better, and he’ll feel better afterwards, too!”

Fatherhood has been a strange adventure, even in only the five years that I’ve been at it thus far, but it’s comforting whenever I stumble across new ways for it to pay off that I never would’ve imagined before getting to this stage of my life.